The Western Society of Pediatric Dentistry (WSPD) flies under the radar of most pediatric dentists. The two association services that are most visible to members are continuing education and advocacy. Both of these services are being admirably performed by the American Academy of Pediatric Dentistry and by large state organizations such as California and Washington. So what is the primary mission of a regional pediatric dental association such as WSPD?

Today’s WSPD provides a forum for western state leadership to examine and share information about threats and opportunities to the delivery of dental healthcare to children. To that end, WSPD elects a district Trustee to the AAPD board of Trustees to represent 10 U.S western states and 3 Canadian provinces. His/Her report to our Board of Trustees is an important component of the communication mission of WSPD. Our board is comprised of Trustees that are appointed by the member states of  Alaska, Arizona, California, Hawaii, Idaho, Montana, Nevada, Oregon, Utah, Washington, Wyoming, and the Canadian provinces of Alberta, British Columbia and Saskatchewan.

WSPD has strived to not duplicate services that are already being provided by AAPD or the state associations. Ideally, the function of WSPD is to “communicate, collaborate and enhance” the function of the state and national organizations . We co-sponsor the CSPD-WSPD Annual Meeting to provide increased financial assistance to “enhance” and sustain the high quality of that meeting. The CSPD- WSPD Annual meeting rotates to different venues in the western states providing educational and networking opportunities that are regionally close to our members. Next year, the meeting will take place at the Omni Resort and Spa in Scottsdale Arizona.

Participation on the WSPD board is an important leadership development activity for members from smaller state organizations. In those smaller states that do not have the financial resources of larger states, WSPD has sponsored continuing education and assisted in planning to help a smaller state develop services to attract members. More robust small state associations are necessary to provide the resources to deal with local, threat legislation. As you well know, there are many well-intentioned but seriously flawed legislative bills impacting pediatric dentistry that originate in small states making it hard to roll back in other states once the concept has been developed and accepted as precedent.

In keeping with our mission to collaborate and enhance efforts to train new leaders in pediatric dentistry, WSPD has sponsored legislative advocates from western residency programs to attend the AAPD Pediatric Oral Health Advocacy Day in Washington DC. This year was necessarily “virtual” and had 63 residency programs represented in congressional visits. WSPD has sponsored media training to prepare our leaders for that surprise contact by the media. We also sponsor advocacy interns to the WSPD board as an additional source of leadership training. These opportunities represent collaborative extensions of successful national and state programs. 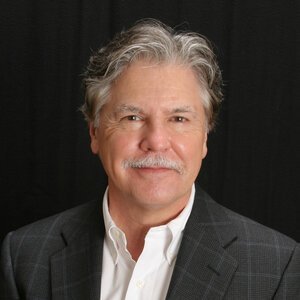