"I Lost A Friend" - Tribute to Dr. Dave Suttie 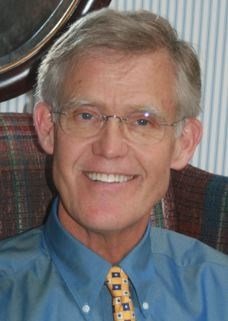 Christmas Eve.
He wasn’t feeling well. It hit him from nowhere.
His wife had to take him to the E.R.
They couldn’t find anything.

Christmas Day.
Not much of an appetite. He had to lie down.
Four days later.
Dave . . . suddenly . . . took one last breath.

Dave’s passing – was different.
Dave was a member of our mutual aid pact.

Spring.
We were in the season of building our practices.
In the small world of pediatric dentists . . .
We started to hear some familiar names in that small world . . .
Who got hurt so badly – that they couldn’t practice . . . or even died!

We put a lot of sleepless nights, sweat, and tears –
to get our practice where it was.
Hearing these nightmares – were too close and all too real.
Debt from school and debt to start our practices – faced us monthly. Costs to run an office – kept coming. And we were just getting started.

Parents depend on us to ply our skills. Staff depends on us – to make a living – to support their families. We could see the faces of our own families – look into our eyes, “What about us?”

When catastrophe struck – well-meaning colleagues rallied.
A lot of lives are disrupted. Practice income plummets. Costs mount up. The practice value nose dives. The practice driver – is the doctor.
A practice isn’t – just gears and cogs churning out dentistry.

The “cavalry” charge wouldn’t last.
Personal life commitments take over.
Driven by fear – some of us . . . were determined – that we were not going to put our families – into a never-ending sinkhole.

Life insurance? Disability Insurance? Living Trust instructions?
There’s a looong waiting period – until the first check comes in.
We’d heard of other specialists – banding together in time of need.

Marty (Petaluma) was rising to be President of the state specialty organization.

Marty and Steve were the Yul Brynner and Steve McQueen characters.
Bob (Fairfield) was the smart one. He was the educator.
Scott (Larkspur) was the tall, quiet hero.
Leland (Union City) and me (Fremont) were the young, wide-eyed bucks from the South.

At our spring meeting – I don’t really remember talking about technical stuff. It was mostly about problem solving – the human stuff. The exception – was discovering some new toy. After all, we are guys . . .
Our holiday gatherings were with our spouses.
It took a lot of restraint – not to do “shop talk”. We bonded.

Summer.
Growing practices – and life . . . brought new challenges. We were within a few years of each other – in starting our own practices.
Our practices were picking up speed.

The “captain’s chair” – can be a lonely chair. No one truly understands often gut wrenching dilemmas and decisions – unless you’re in the chair. There’s a lot of moving parts in the life of a practice.

Marty and Steve were the first . . . probing our frontiers – to bring associates. New territory – brings a host of unknowns. Our meeting “agendas” were – the safe places . . . to share.

Fall.
Practices grow and mature into their own personalities. Our cohort learned that practices – never should be on autopilot. Our “compadres” – helped us to see – pitfalls and land mines ahead.

Transitions began.
Our practices were buzzing. There’s never enough time in the day.
Marty and Steve brought in associates. I followed.
Steve and Bob then brought their dentist-daughters in as associates.

We had . . . our second alarm.
Our compadres came.
We learned more.

Scott moved his skills to a Federally Qualified Health Clinic.
Marty and Steve began transitions from owner to associate.
It’s learning how to step back.
Steve and Bob’s daughter’s are now in the drivers’ seats.
My transition took 3 years to find the right fit. The young man who took over the practice – let me stay. It’s been 8 years.

Then Lee transitioned. He caught his second wind – as a substitute teacher in elementary schools. Dealing with kids . . . one on one – is very different – than one against 30.

We went thru a lot of life together.
We didn’t have to go through it – alone.

At Dave’s Remembrance Memorial, the priest trembled about his own quivering flashbacks as a kid in the dental chair.

I couldn’t help but muse – his parents should have taken him –
to someone like us.

Through my career, I’ve adopted a profound quip from Dave.
When asked, “How many kids do you have?”